A new carousel, similar to that at Clemyjontri Park in McLean, opened July 8, 2017 at Springfield’s Lee District Park. Located near Chessie's BIG Backyard play area and Our Special Harbor sprayground, this accessible carousel is a place which every child, including individuals with mobility issues, can enjoy.

A $10,000 gift to the Fairfax County Park Foundation enables the donor to name and adopt a special Chesapeake Bay-themed feature such as a Hummingbird, Frog, Deer, Whooping Crane, Swan Chair, Coyote, Wheelchair Chariot and beautiful Horses!

These carousel animals are available for adoption: 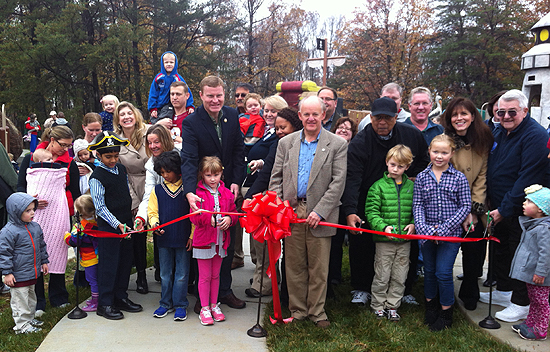 Join these sponsors to help make all of

Sponsorship opportunities exist for major donors to fund elements of the facility which will be enjoyed by hundreds of thousands of children and family members each year. Questions? Contact us by e-mail or phone 703-324-8582.

See this rendering of Chessie's BIG Backyard playground sections including:

Specific projects the FCPF is focusing on this year: